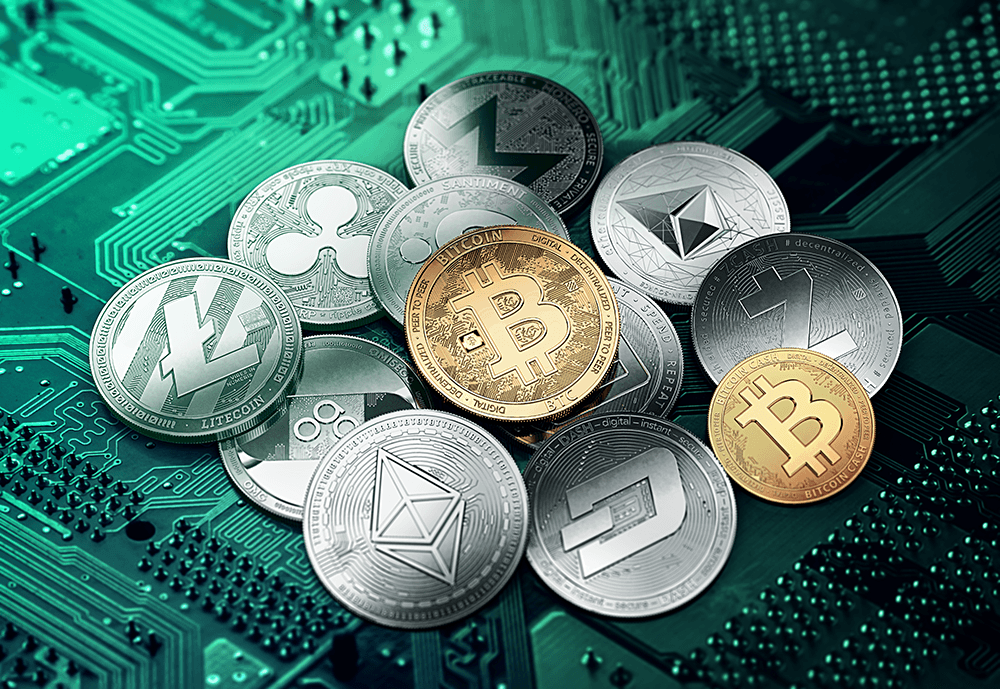 Cryptocurrencies have undergone a meteoric rise to prominence and captured the attention of people all over the world. Every day, more and more people are starting to invest in the many virtual currencies available and delving deeper into the wondrous world of crypto.

Many of us are well aware of the term “cryptocurrency”, but may not have a firm understanding of what it exactly is. To provide a simple definition, a cryptocurrency is a digital asset designed to work as a medium of exchange. To do this, it uses cryptography that enables secure transactions, control over the creation of units, and verification of the transfer of assets.

Today’s most valuable and well-known cryptocurrency, Bitcoin, came out in 2009. But what sparked it to become a global phenomenon and pave the way for a plethora of other cryptocurrencies to appear in the market?

Before diving headfirst into this, it is important to further explain what cryptocurrencies are in order to develop a broader understanding of the industry and how these virtual currencies function.

How do cryptocurrencies function?

Many of us have some idea of what the prices of various cryptocurrencies are through reading the news or via apps on their phones. However, despite their popularity, a good portion of the world’s population has little understanding of how cryptocurrencies function.

Essentially, cryptocurrencies work by utilizing a technology called blockchain. It is a relatively new form of technology that uses a distributed ledger system to record transactions. Blockchain is known for its security since it relies on cryptography to ensure that the data recorded is accurate and that no single computer can be corrupted. The blockchain is a public database that records every transaction ever made on it. This makes it incredibly difficult to alter and impossible to delete once it has been created. To put it into perspective, it’s like a giant spreadsheet where everyone can see what everyone else owns, but no one person can change the information without being detected.

Crypto coins also do not need an intermediary to verify a transaction, further differentiating it from fiat currencies. They use blockchain technology to ensure that every transaction is permanent. This, in turn, enhances the security of each exchange.

How many cryptocurrencies are out there?

Bitcoin is considered to be the original cryptocurrency, hence why it’s so popular and has people scrambling to invest in it while it surges in value. But, while Bitcoin may be the face of the cryptocurrency industry, there are almost 7,000 different cryptocurrencies out there as of October 2021. But, why exactly are so many new cryptocurrencies popping up on the market and what does this mean going forward?

Simply explained, all new cryptocurrencies aim to dethrone Bitcoin as the world’s leading cryptocurrency, but none have been able to do so thus far. However, it is important to keep in mind that not all cryptocurrencies are based on Bitcoin, and each of them has their own distinguishing features and functionality. Every new cryptocurrency aims to be better than the existing ones by working on the flaws and limitations of the current crypto market.

But, as mentioned, Bitcoin still sits atop the summit of the cryptocurrency sector even though many other virtual currencies have found similar levels of success and established themselves as leaders in the space as well. Ethereum, Binance Coin, Cardano, Tether and Solana have all skyrocketed in value and have seen an exponential spike in demand due to an increasing number of people investing or mining these cryptocurrencies.

What makes cryptocurrency so popular?

It is obvious that the exigency for cryptocurrencies won’t be extinguished anytime soon, but what are the reasons behind the surge in investors and miners? Let’s take a look.


Is it wise to invest in cryptocurrency right now? 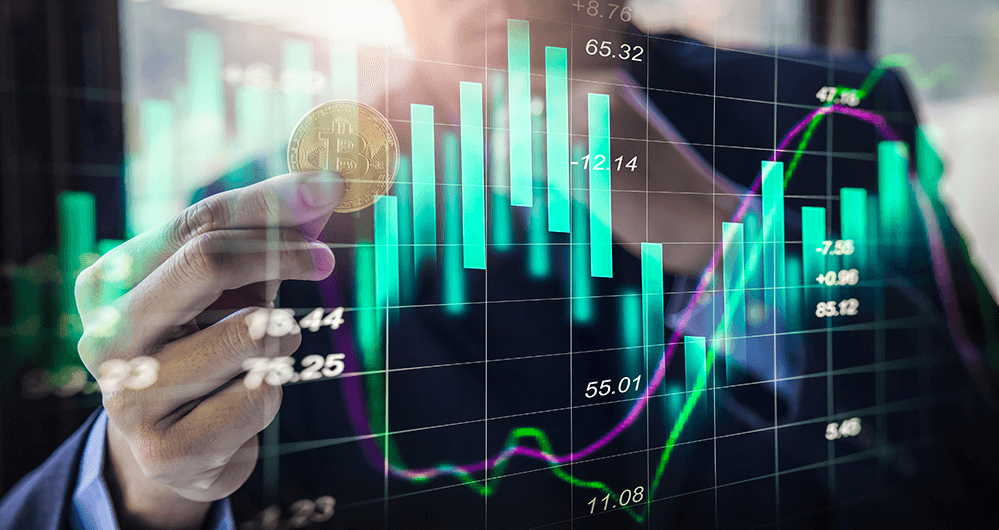 Cryptocurrencies are an enticing prospect for many people looking to make investments at this moment in time. There are many potential upsides that come with it, but it is also important to keep the risks in mind as cryptocurrencies are volatile and unregulated unlike fiat currencies.

So, what exactly are the pros and cons associated with investing in cryptocurrencies like Bitcoin?


It is abundantly clear that there are many advantages and disadvantages of investing in cryptocurrency right now. The hefty profits and solid security measures will convince many to take the plunge, but it is also necessary to be aware that cryptocurrencies are highly volatile. This makes it difficult to predict how much they will be worth in the future. As such, it is better to invest small amounts at a time rather than large amounts all at once. It also means that there is no guarantee of any returns on your investment.

How do you buy cryptocurrency?

Cryptocurrency brokers are individuals or companies that trade cryptocurrencies for other currencies, commodities, stocks, ETFs, and bonds. They provide liquidity, and they also act as market makers. Brokers do not issue new coins, instead they make markets for existing coins. The best known broker for trading Bitcoin is Coinbase, which offers both fiat currency and crypto trading. However, we at Blitz Broker are fostering a global network of localized crypto brokers who offer liquidity services and more to areas which struggle to gain proper access to crypto exchanges or onramps.

There are hundreds of exchanges available all over the world, such as Kraken, eToro and Binance. Most exchanges will allow you to sign up using a bank transfer. This means you won’t have to worry about entering any personal information and can just follow the instructions. It’s important to note that many banks charge fees for transfers out of the country, so it might be worth signing up with one of the bigger providers first to see if they offer cheaper rates.

What does the future hold for cryptocurrency?

It also remains to be seen whether other nations will follow in El Salvador’s footsteps and make Bitcoin legal tender. Although cryptocurrencies are becoming an increasingly accepted form of payment, no country has gone as far as El Salvador, which will likely be seen as a testing ground that provides an indication of whether adopting cryptocurrency as legal tender is a move worth pursuing and implementing.

Is Cryptocurrency a fad, or is it here to stay for good?

While it is difficult to say what the cryptocurrency industry will look like in the foreseeable future, what is certain is that virtual currencies are not a temporary craze and are definitely here to stay. Demand remains strong and there are new investors entering the market every single day.

Ready to take the leap into the world of cryptocurrency? Join Blitz Broker’s program today and get the knowledge and skills necessary to become a global certified crypto broker. 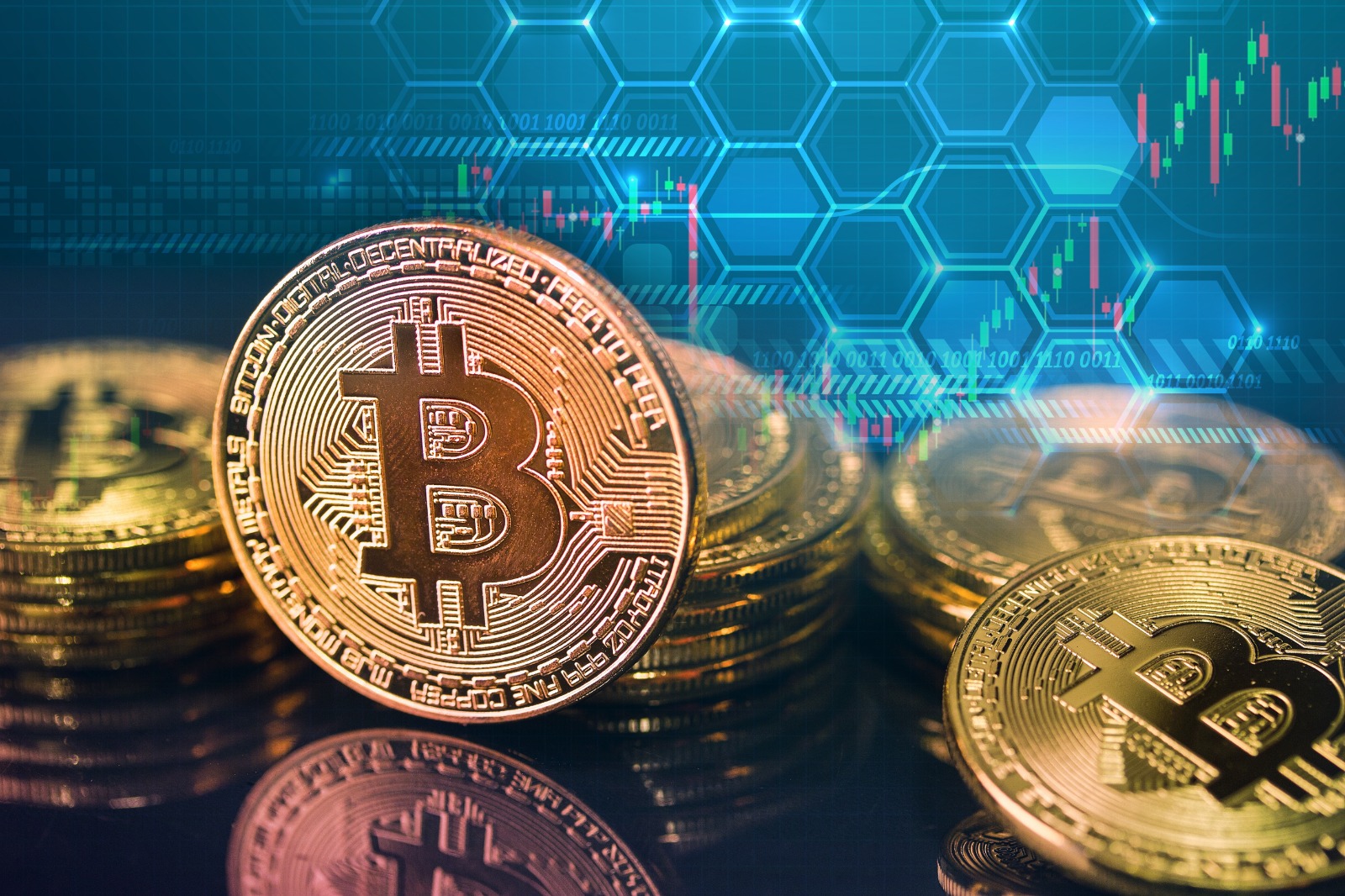 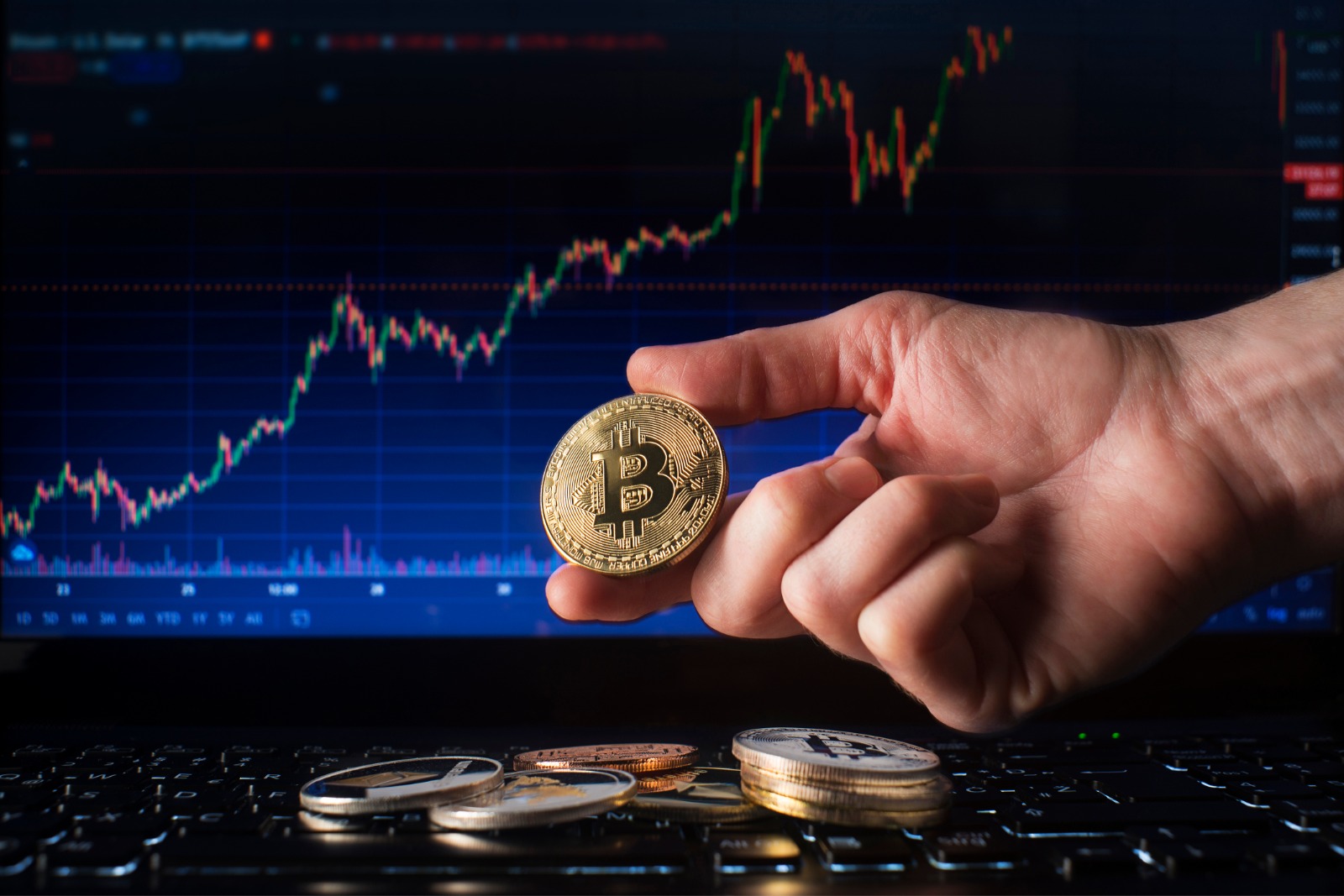 How to trade cryptocurrency
Read More 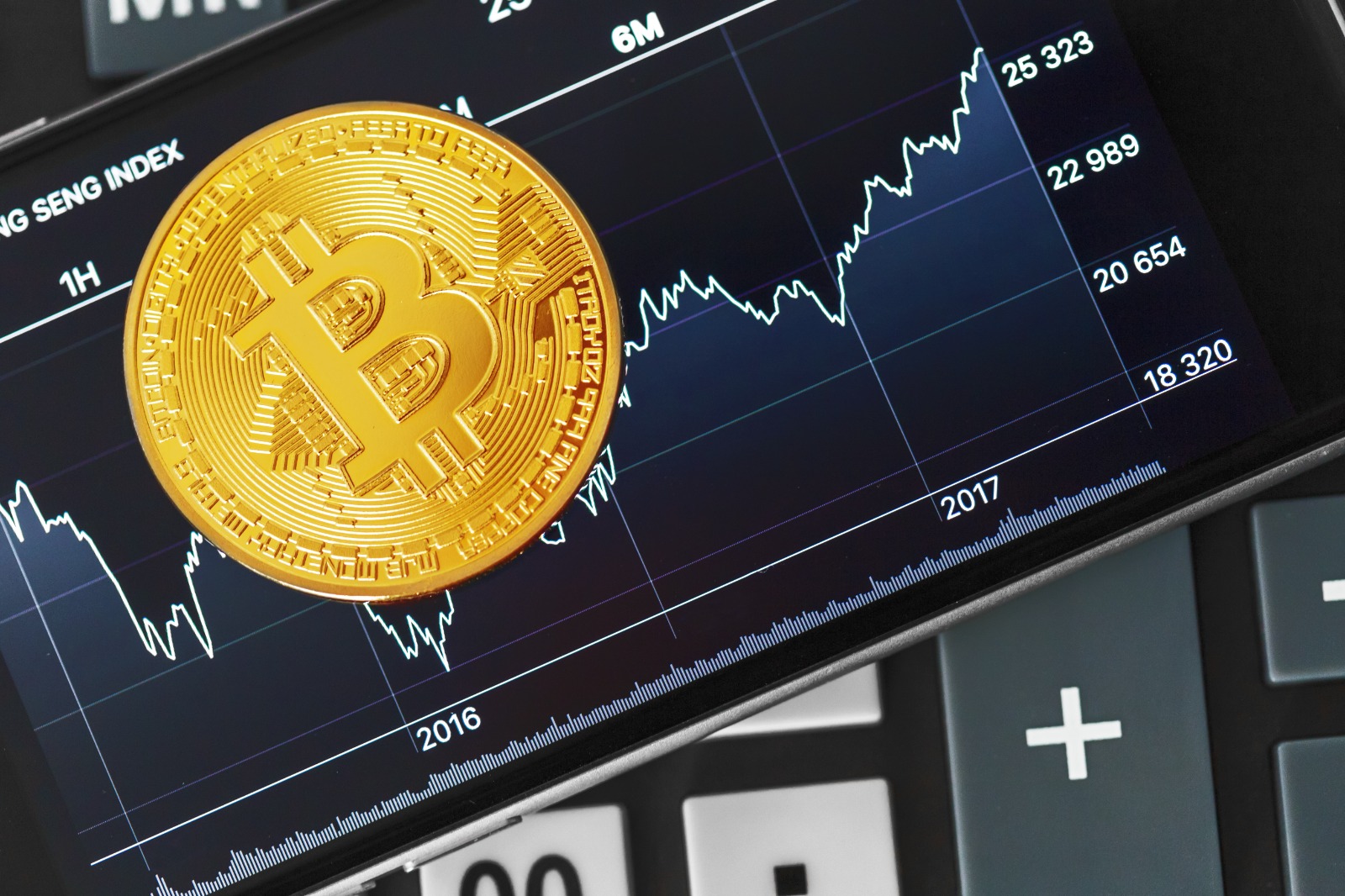 How to Learn about Cryptocurrency
Read More